Blog - Latest News
You are here: Home1 / Blog2 / News3 / Mother Fought, Cried For Daughter Who Was Convicted Without Trial 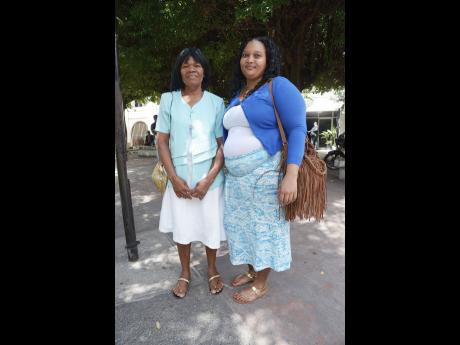 Fifty-nine-year-old Dorrel Francis said that she “fought” and “cried” for her daughter, Nerice Samuels, who the Court of Appeal freed yesterday of a charge of unlawful wounding after a judge sentenced her without a trial or a lawyer.
“It couldn’t work that way. I look at her and tell her that don’t work in a my school,” she said, after comforting her 33-year-old daughter, who cried after hearing the court’s judgment.
“Mi did have fi spend di money and know seh mi coulda lose the money or it coulda go down the drain, but not fi she (Judge Judith Pusey) fi put mi child behind the bar like that. It was so bad.”
The Court of Appeal ruled that Chief Parish Court Judge Pusey’s handling of the 2015 case breached due process and did not serve the interest of justice.
Francis explained that the situation caused her a lot of distress because her daughter was sent to prison in October 2015, ten months after one of her younger daughters had died.

Want to join the discussion?
Feel free to contribute!